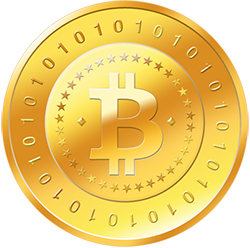 Cryptocurrency is a type of digital currency, the accounting of internal accounting units of which is provided by a decentralized payment system that operates in a fully automatic mode. By itself, the cryptocurrency does not have any special material or electronic form - it is just a number indicating the amount of data of accounting units, which is recorded in the corresponding position of the information packet of the data transfer protocol and is often not even encrypted, like all other information about transactions between system addresses. At the same time, the system does not have any information about the owners of the addresses or the fact of the creation of the address (the address can be generated completely autonomously, even without connecting to the network and not reporting anything to the network later) - that is, there is no mechanism to make sure that the recipient's address really exists or that the access key to it is not lost. The lack of information about the owner is the basis (but not limited to) the anonymity of the participants in the transactions. In terms of their economic conditions and consequences, cryptocurrency payments are more similar to cash payments than non-cash payment options, although cryptocurrencies are developed primarily for distance purchases (for example, over the Internet).

The main types of cryptocurrency:

Bitcoin is one of the oldest and most popular cryptocurrencies that does not have a physical form and provides its owners with the opportunity to pay anonymously on the network, and in addition to this, also earn. The creator of this cryptocurrency is Satoshi Nakamoto. In recent years, its value has increased tenfold and it continues to grow. The system is completely decentralized, and information about transactions is completely open. Despite the restrictions on the maximum number, there are more and more miners for this cryptocurrency, which affects both the complexity of block generation and the cost of BTC. Such a cryptocurrency is generated using the SHA-256 algorithm.

In simple words, BTC is digital money that does not depend on anyone: state, organization, or even a person. Nobody controls it and they are completely decentralized.

Absolutely everyone can have BTC, store them, pay for all possible services on the Internet and at the same time remain completely anonymous, since the data for registering a wallet and owning it is not required.

Ethereum - was launched in 2015 and is one of the leading programmable blockchains in the world.

Like other blockchains, Ethereum has its own cryptocurrency called Ether (ETH). ETH stands for digital money. ETH shares many of the properties with Bitcoin. It is completely digital and can be sent instantly to anyone in the world. The creation of ETH is not controlled by any government or company. This is happening in a decentralized manner and ETH is a scarce commodity. People all over the world use ETH to pay for goods or services, as a store of value or as collateral.

Thousands of developers around the world are currently creating applications on Ethereum and developing new types of applications, many of which you can use today:

Ethereum is not controlled by any company or organization. Ethereum is supported and improved over time by members of a diverse global community who work on everything from the core protocol to consumer applications. This website, like Ethereum in general, was built and continues to be built by a group of people working together.

Bitcoin Cash pools process 100 transactions per second, while Bitcoin pools are no more than three.

Protection mechanism against erasure and re-execution of transactions.

In addition, the principle of operation of bitcoin cash allows you to adjust the difficulty of mining every 6 blocks, and not after 2016 like bitcoin.

The coin gained popularity at the end of November 2017, it was already worth $1000, and a month later $4300. Such a price did not last long, but nevertheless, the bitcoin cash currency is among the five blockchain projects with the highest capitalization level, along with BTC, ETH, Ripple and LTC.

Litecoin is a cryptographic virtual (electronic) coin based on the Bitcoin software and similar principles (anonymity, security, high transaction speed).

This cryptocurrency can be used to transfer funds to Bitcoins, as well as to buy goods and pay for services in those outlets that officially accept payment in cryptocurrency.

The system was developed by former Google employee Charles Lee in 2011, and two years later it was positioned as an alternative to the existing Bitcoin. The peculiarity of the fork lies in the openness of the source code, which allows anyone to change or copy the software.

LTC cryptocurrency has a number of advantages:

Besides, the Litecoin cryptocurrency has the following disadvantages:

Ripple is a cryptocurrency payment platform focused on currency exchange transactions without chargebacks developed by Ripple company. A special feature is the ledger. The system was launched in 2012. The protocol supports "tokens" representing fiduciary money, cryptocurrency, exchange commodities, or other objects such as frequent flyer miles or mobile minutes. At its core, Ripple is based on an open, shared database, uses a reconciliation process that allows exchanges to be done in a distributed process.

Ripple is a unique payment system designed specifically for bank transfers. At its core, Ripple is not a traditional cryptocurrency and does not work on the blockchain, but on its own protocol, which can be implemented in the work of any financial institution.

Thanks to it, you can carry out fast and practically free transactions, as well as carry out instant exchanges within the system.

The network is decentralized and can work without the participation of Ripple. As of the end of 2017, Ripple is in the top ten cryptocurrencies by market capitalization, along with Bitcoin, Ethereum and others.

Today the Ripple cryptocurrency is considered one of the most promising coins and, according to experts, more than Bitcoin is suitable for the role of a global means of payment. The future prospects of the coin are also indicated by the fact that the Ripple payment system is called a serious competitor for the monopolists of the banking market SWIFT and Western Union.